The York County School Division consists of ten elementary schools, four middle schools, four high schools and one charter school. Enrollment has increased steadily since the 1990s. While the lower County, historically, was responsible for most of the growth in enrollment, recent and projected developments in the upper County will create the most enrollment increases in future years.

By almost every measure of academic achievement - such as promotion rates, graduation rates, and standardized test scores - York County's school students rank among the best in the state. As a result, York County is among the leading localities in the percentage of high school graduates planning to continue their education (95%). 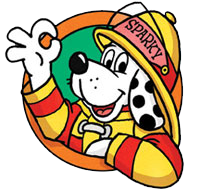